Get fresh music recommendations delivered to your inbox every Friday.
We've updated our Terms of Use. You can review the changes here.

The Barrio Sessions with Early Times 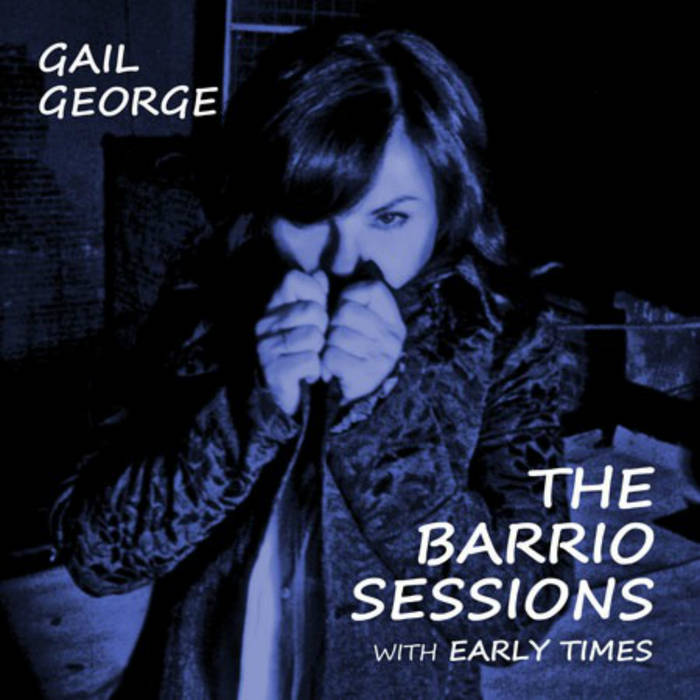 “Other pearls on The Barrio Sessions include “Walk Away,” which begins as a softly sung number and climaxes as something close to a primal confessional. As Ms. George nearly cries out, “Stepping through the wreckage, all I felt was pain…never felt safe, never felt sane,” the listener is drawn in and feels some of the same pain that she experienced, which is the mark of an excellent songwriter: taking something personal and making it universal.” - JOHN BORACK, GOLDMINE MAGAZINE (DEC 31, 2014)

"I am REALLY loving The Barrio Sessions. A lot. I find myself listening to it at work, through headphones, in the mornings, with a nice hot cup of coffee. Seems like that's a great way to listen to it. And the melodies really stick in my head. Great, great album!” - MIKE LIDSKIN,TWIRL RADIO KUBU 96.5 FM SACRAMENTO, CALIFORNIA

“The big single here is “Gonna Get Worse” with a strong bass line and strong backing vocals with its hook. Also a highlight is “Nobody’s Friend” with its sad lyric, somber trumpet that highlights Gail’s willowy vocal performance. “Walk Away” is another highlight with its strong coda (particularly good performed live).” - AARON KUPFERBERG, POWER POPAHOLIC (NOV 11, 2014)

“Brilliant songs, a wonderful, distinctive voice and a superb overall style and sound! Really, there's no good reason why you shouldn't be a bit of a legend by now, if it was all down to the music. You must simply have forgotten to jump through all the right hoops.” - D.C. CARDWELL, MELBOURNE, AUSTRALIA

“It’s been a really long time since I’ve recommended an album, but it’s times like these I wish I were a deejay at a hip, alt-radio station or a music reviewer. Why? So I could name the new album from Gail George to my top ten for 2014!” - JEFF KOTERBA, EDITORIAL CARTOONIST/OMAHA WORLD HERALD, AUTHOR, MUSICIAN

“The Barrio Sessions with Early Times is one of the most heartfelt, sincere, honest, unpretentious, artistic, well-crafted, natural, and most especially beautiful albums I have heard in many years. Every song is great, and your voice is as amazing as ever. This should be a contender for Album of the Year, or possibly the decade. I can't praise it enough. Thank you again for making it, and I hope you're working on your next one.” - BILL JACOBS, CD BABY REVIEW (NOV 4, 2014

“This intimate, relaxed album from 2014 features the lovely songs and vocals of Gail George, who recorded in New York’s East Harlem. We love the soft-sounding vibe of three entries: “Nobody’s Friend,” “Walk Away,” and “You Are There,” which we are now playing in rotation. - ALAN HABER, PURE POP RADIO

Written by Gail George. All vocals by Gail George. Produced, performed and engineered by Early Times at Manhattan Recording in East Harlem, New York, spring and summer of 2014.

Bandcamp Daily  your guide to the world of Bandcamp

Semiratruth joins the show to discuss their latest release, "loading..".